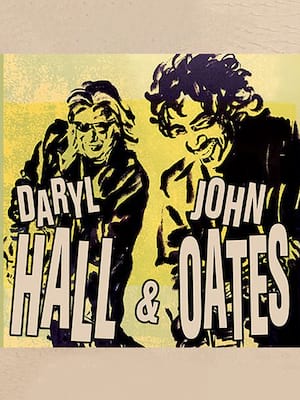 This is going to be a tour full of great fun aswell as great music!

Why See Hall and Oates?

From their first hit in 1974 through their heyday in the '80s, Daryl Hall and John Oates' smooth, catchy take on Philly soul brought them enormous commercial success, with their estimated 40 million record sales marking them as the best-selling music duo of all time! With a plethora of hits under their belts, including 'Rich Girl, 'I Can't Go For That','Maneater', 'Make My Dreams' and many many more, their back catalog often can often be found on perfect party playlists and movie soundtracks.

Catch this legendary dream team live in 2020 as they take the show on the road once more, with British artists Squeeze and KT Tunstall appearing as special guests on the jaunt's Madison Square Garden stop*

In one of the wilder band origin stories we've heard, the fateful meeting of Daryl Hall and John Oates took place in a service elevator in 1967 - where they both hiding following a rival gang fight at the Battle of the Bands competition they'd both turned up (separately) to enter!

Anonymous: “5 Stars for Train 1 Star for Hall and Oates”

Oracle Venue, Oakland, Ca They were terrible, Daryl Hall was the worst.... more

Loved Kandace Springs, Train, and Hall &Oates. They are were wonderful.... more

Sound good to you? Share this page on social media and let your friends know about Hall and Oates at PNC Bank Arts Center.